Biography – the story behind Birds of a Feather 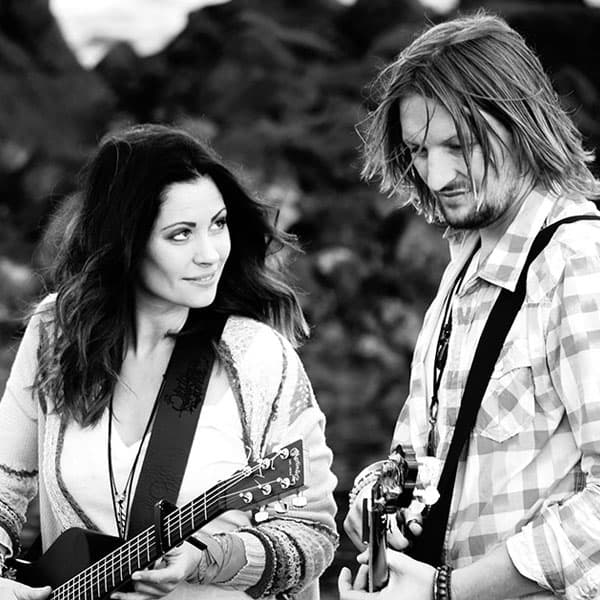 Birds of a Feather

Amy McKay (vocal, guitar, piano, bluesharp) and Ryan Leon (vocal, guitar, banjo) are artists with a long track record respectively. They have been performing on both big and small stages in various places and countries before having met during their previous project.

The band was signed to Warner Music Central Europe, and both their studio albums were awarded with gold status. The group joined soul singer Seal for a duet, opened up in sold-out stadiums for rock legends Status Quo and went on tour with The Overtones in Germany.

By the end of 2013, it became clear to Amy and Ryan that the time was ripe for musical development and personal change. The decision for a new beginning had been made.

Birds of a Feather were allowed to mature slowly. Their first two EPs “Light Up” (2016) and “Rise Up” (2017) were recorded in Dublin with the support of producer Ger McDonnell (U2).

They took them on the road and performed shows all over Germany, The Netherlands, Italy, Denmark, and Austria.

In spring 2018, in cooperation with DB, they gave concerts in all major train stations in Baden-Württemberg.

In December 2018, they launched a successful crowdfunding campaign to finance their band bus.

At the end of August 2019, Amy and Ryan will release their first full studio album “You Are Music”.